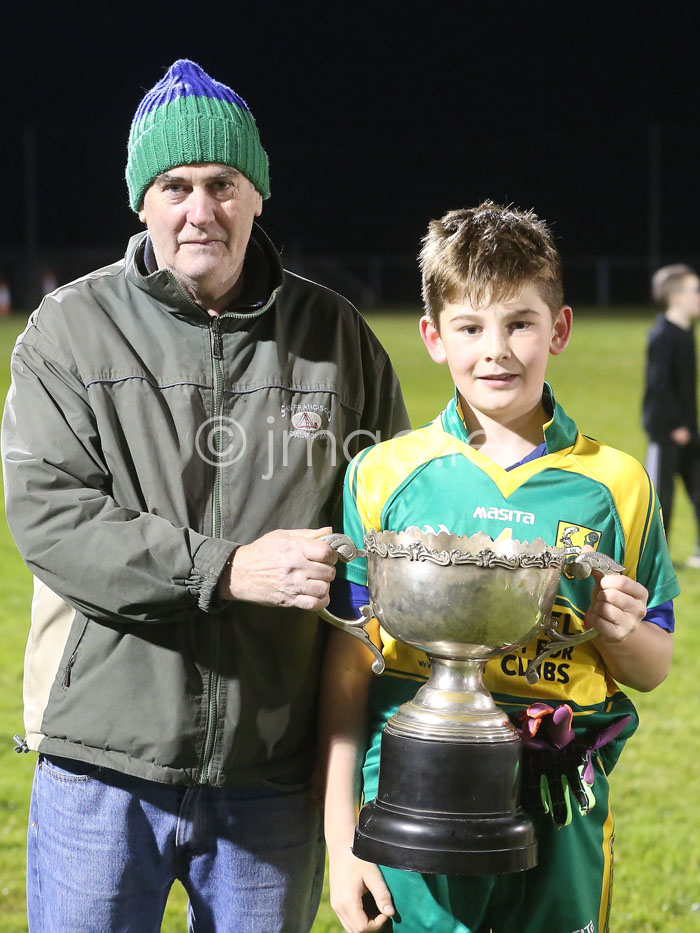 A large crowd turned out to see the Parish League finals on a lovely night for football in Pearse Park. Indeed, the spectacle matched the weather, and all were treated to a fine display of attacking football.

4 matches were played on the night, and the Shield Final saw Cian Boyle & Charlie Bennett’s team overcome Rian O’Murchu’s to emerge victorious. While in the Cup Final, Jamie Elliott’s team saw off the challenge of Johnny McGonigle’s team, to lift the cup.

Thanks go to Stephen McKelvey and Martin Shovlin for organising the event itself. Also to the ‘Tea Room, Squadron’ who were very busy after the game. Finally, thanks to James McHugh for refereeing the final and the Team Managers for the spirit in which their teams played.

(The four teams and their mentors are pictured below. Thanks to JMAC for the photo’s)