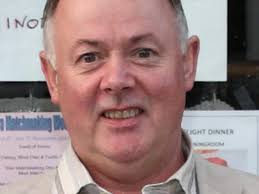 The community of Ardara was numbed on Saturday December 17th when the news broke of the death of Gerard Slowey suddenly at his home in Tullycleave. Gerard was a huge personality in our community, full of life and personality and will be so badly missed when it comes to plays or community events or indeed anything good in Ardara. Gerard gave so much to our community in so many ways and his loss will leave a lasting void. Gerard lost his wife Margaret in 2009 after a difficult battle with cancer and after her death, he put everything he had to ensure the well being of Aine, Mairead and Anthony, his lovely children of whom he was so proud.

Gerard can never be forgotten in this area as he designed and drew the plans for so many of the houses around us and gladly his business will continue. Gods ways are not our ways and Gerard’s call came too soon for us as a community, but we can cherish wonderful memories of him and we extend the sympathy of the community to his family, friends and to all who knew him.

His month’s mind mass is on Saturday 28th January at 11 am.

Thank You Jessie Jessie, the owner of 'The Great Wall' Chines