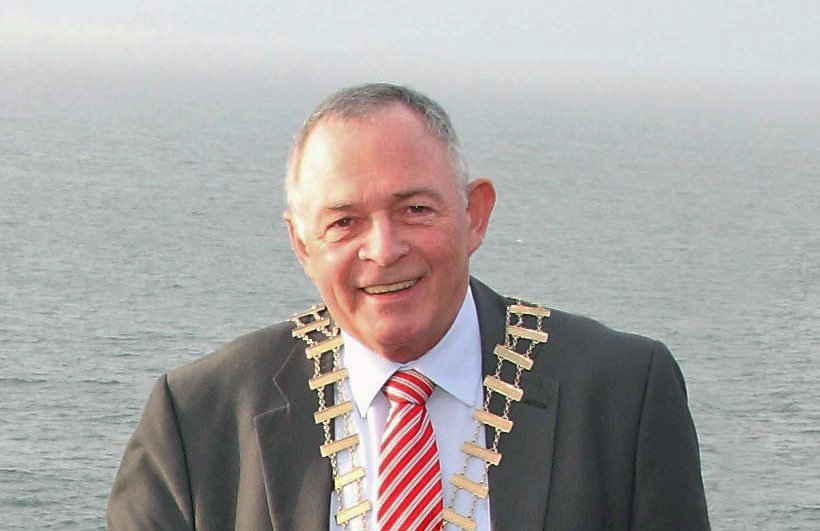 Terence Slowey was co-opted to Donegal Co Council in 2001 after the death of Councillor Charlie Bennett. An Industrial Chemist by profession, Terence started out his career path by attending St Mary’s National School in Ardara. His secondary education was at St Columba’s Comprehensive School in Glenties. Later he attended the Regional Technical Colleges in both Letterkenny and Sligo and finished his Third Level education with a Masters Degree from Trinity College Dublin. After College he joined the staff of the IIRS in Dublin where he worked until his return to Ardara.In 1996, Terence with his wife Patricia and young family Yvonne, Jennifer and Kelvin moved from Ashbourne to Ardara. Immediately Terence became involved with community activities in the Parish and though the Community was devastated at the untimely death of Charlie Bennett, there was a sense of contentment in that a safe pair of hands was taking on the reigns when Terence was to be our new Councillor.Terence has worked diligently in the Community and this is evident at all Council Elections since his co-option. Terence has been elected his own right in 2004, 2009 and 2014. Every community and voluntary group who has asked for help in any form has been duly supported by Terence. Many ideas and projects that some people thought would never have seen the light of day have been advanced to a successful conclusion with the quiet but determined support of Councillor Terence Slowey.So much of Terences’ work with community groups, businesses and individuals is done in a quiet way and that is the way he likes it. He has a great respect for the staff of the Council and State Bodies and that co-operation allows him achieve much for our community. The story of Councillor Slowey is far from over and long may he continue doing the work he does for the people of Ardara and the surrounding communities.