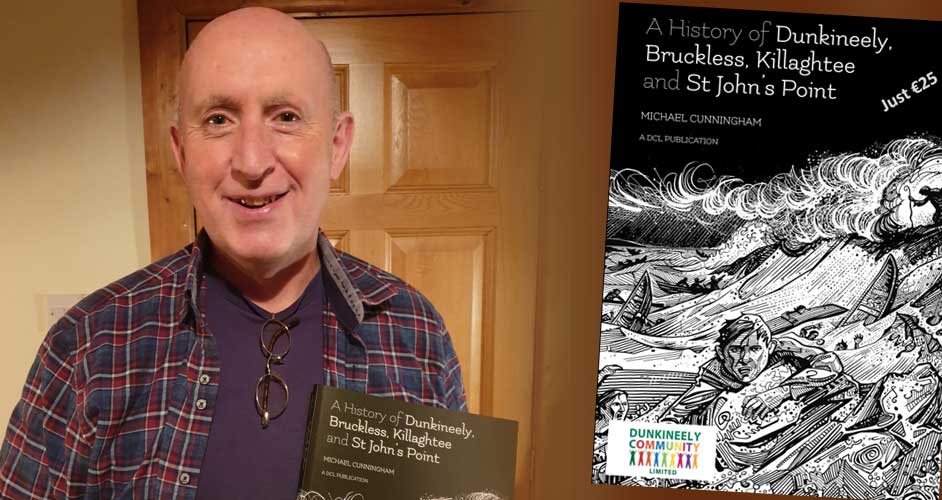 A new book telling fascinating stories from Dunkineely, Bruckless, Killaghtee and St. John’s Point is out this weekend.

The book by Michael Cunningham provides a collection of facts, myths and tales from the St. John’s Point area of Donegal. From megalithic tombs and 7th century saints to World War 2 installations, there are surprising tales few may know.

About the Book: A History of Dunkineely, Bruckless, Killaghtee and St John’s Point

It would appear that our ancient predecessors were copper miners. We may have had a king, an early Christian saint and a resident monk. We had gallowglasses who were fearsome and religious, a witch who maliciously whipped up storms and mermaids who tried to lead mariners to safety.

For some reason, the giants of this area always seemed to be throwing stones. We had a fenceless cattle ranch with mad cows terrorising the local populous.

We had a Bolshevik, Baha’i, Royal Navy Commander (work that one out!) and the quirky Family at Paradise Pier. Quirkier still was the American diplomat, who suggested the construction of the WWII Eire Signs; he got most of his information by consulting the dead during séances.

There are these, and so many more stories inside…

The book is available in Divers Newsagents in Ardara and Morgan’s in Portnoo.