Maureen is on a Winning Streak!! 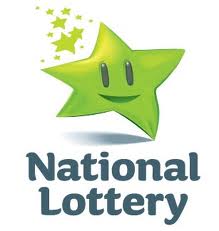 Two lucky players from Donegal are to appear on next week’s Winning Streak money show on RTE television.

Ardara’s own Maureen O’Rourke was this evening selected to appear on next weeks Winning Streak.TV Game Show

The dynamic duo of Marty and Sinead, present the Winning Streak TV Gameshow. On every show  5 players will be playing some great games to win cash, cars and holidays en route to the big Wheel. 1 of the 5 players is guaranteed to spin that iconic Wheel for the chance to win up to €500,000. Hopefully our Maureen will be the lucky one next week!!! Paddy, have the fiddle ready!

The other lucky player is Mary O’Donnell from Gortahork.

The two players had their tickets drawn by Marty Whelan on the show tonight.

The two lucky players prompted show presenters to exclaim “What is it with Donegal – two players tonight.”