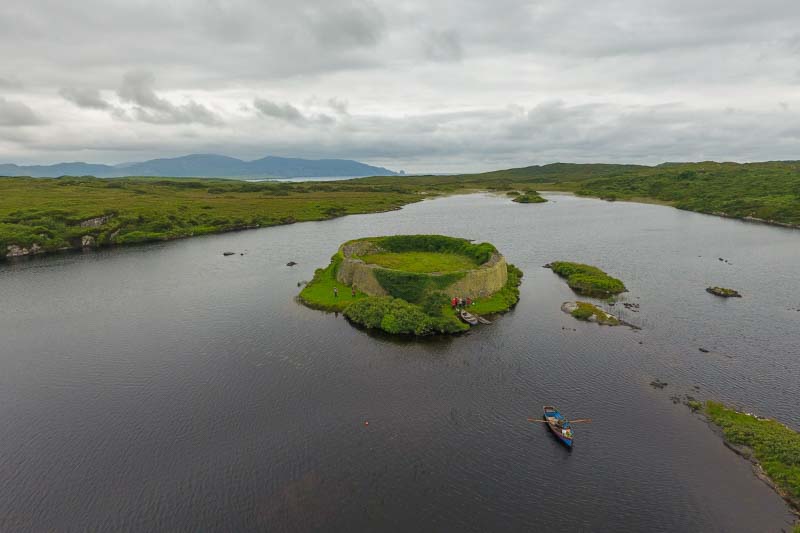 Eileen Magnier from RTÉ has been in touch to say that the filming that took place on Doon Fort last September will be aired on RTÉ Nationwide this Wednesday (21st March 2018) at 7.00pm. The Ardara GAP Heritage and History Group along with sixty-four volunteers from all over Ireland spent four weeks during the month of September carefully trimming the thick ivy cover on the drystone fortifications of this national monument. This work was carried out under strict supervision in preparation for the first scientific geophysical, topographical and photogrammetry surveys of Doon Fort. Anyone visiting the site will see stems of ivy vegetation still adhering to the walls. These have been left in place as they have become structural to the monument. This is a sensitive site and we urge people not to interfere with the work of the heritage group who are closely monitoring any new growth and the behaviour of the larger stems. We thank you for your understanding. This work is part of the overall conservation of the Heritage Council’s ‘Adopt a Monument Ireland’ scheme. Ardara GAP Heritage and History Group would like to extend a huge thank you to the McHugh family who have facilitated us and survey groups over the last number of years. Please note there is very restricted access to the monument.

First official Festival After LockdownArdara is proud to be fit t