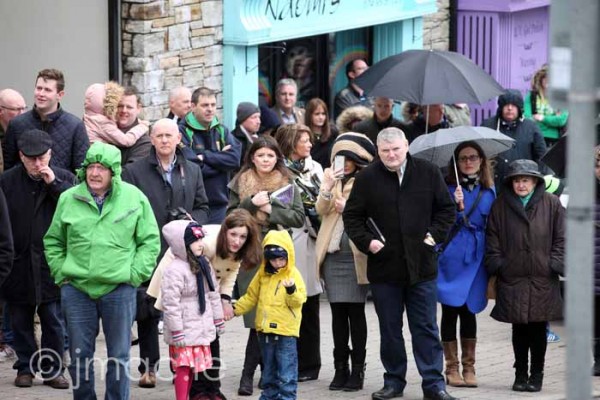 A large group of people attended the above event on Sunday last where local historian, Conor Whyte (who was MC for the event) gave a brief detail of the significance of the Rising. This was followed by a minutes silence in remembrance of those who died. Brendan Clabby who lives locally, and whose Grandfather was a volunteer, read the proclamation. Afterwards two local children Carol Campbell and Charley Gallagher raised the tricolour (the significance of children raising the flag was in keeping with Pearce’s opinion, that Ireland’s future lay in the hands of children) and finally local singing star Grainne Gavigan, sang the national anthem and this concluded the commemoration.

Commemoration 1916, Raising of the Flag

Commemoration 1916, Reading of the Proclamation

Commemoration 1916, Singing of the National Anthem