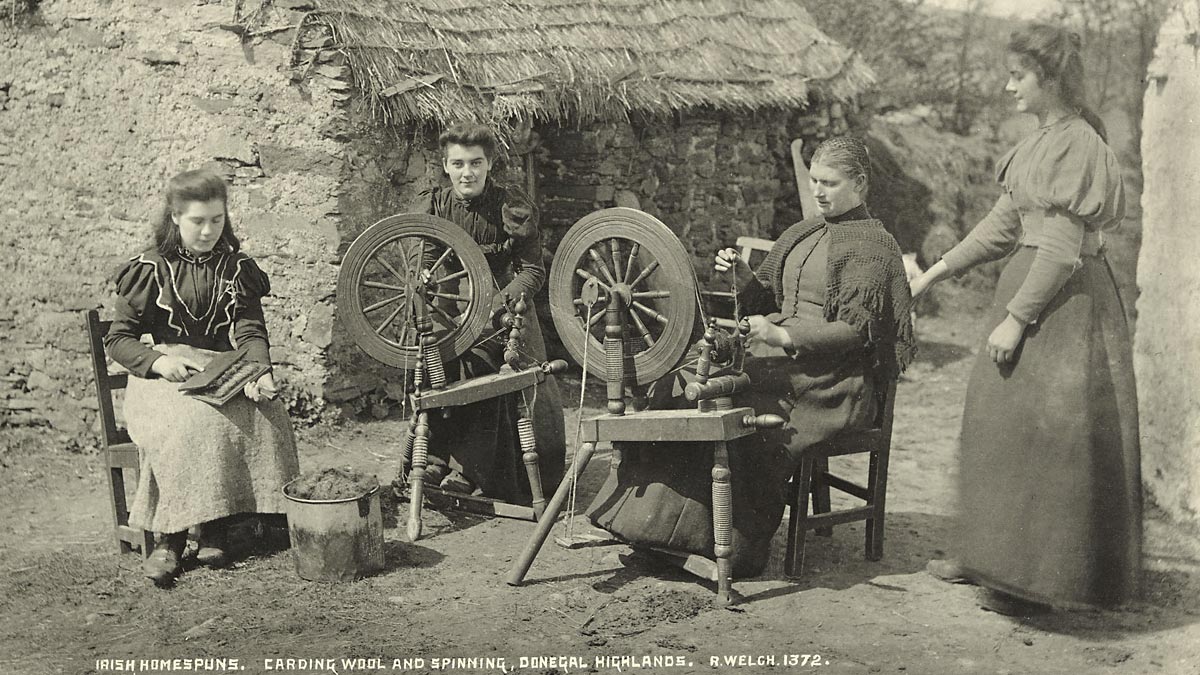 Ardara boasts a number of established Irish Clan names, and historically the area was home to the O’Breslin (Breslin) clan and the O’Boyle (Boyle) clan. The history of their existence can clearly be seen dotted throughout the landscape both physically (Doon Fort, the Ring Fort atop the hill overlooking Ardara) and in the place names e.g. Cashel, or O’Boyle’s island (on Kiltoorish Lough).

Other strong family names persist and reflect the nomadic nature of early Irish life. Family names such McHugh, Gallagher, McNelis, McGill, O’Donnell abound and give some notion of the alliances that permeated the clan structure in early Gaelic Ireland.

There are many sources of data around the beginning of the 20th Century and the Census of 1901 and 1911 are a fine example (although be warned, the spelling of family surnames is often wrong as the Census note takers had difficulty spelling the Gaelic names). Therefore you will see Manelis representing McNelis, Mulloy instead of Molloy, McGill as McGlll etc. The link below gives some idea of the families living in the parish of Inniskeel (which incorporated Ardara & Glenties modern day parishes).

Other sources of information can be found in Church Baptismal, Marriage and Death records and these can be found via either the National Library of Ireland or the Public Records Office of Northern Ireland. Another useful link which will be helpful if you are planning to carry out some research on a family, can be found at; http://www.donegallibrary.ie/quicklinks1/localfamilyhistory/

This gives you an extensive list of the various types of records that are available, that can help you ‘piece’ together the clues to a family’s origin. If you were wondering where the origins of your Clan or Sept name lie, you can check out connorsgenealogy.com and including an article from that same site on the history of the Boyle Clan: http://www.connorsgenealogy.com/Boyle/origins.htm

In addition, the Descendants of Families from Ardara Facebook Group is a helpful resource for those researching their Ardara roots: https://www.facebook.com/groups/descendants-of-families-from-ardara-co-donegal-250343396268/